Tuesday – Saturday, 10 AM – 4 PM
Sunday – Monday by appointment or by chance. 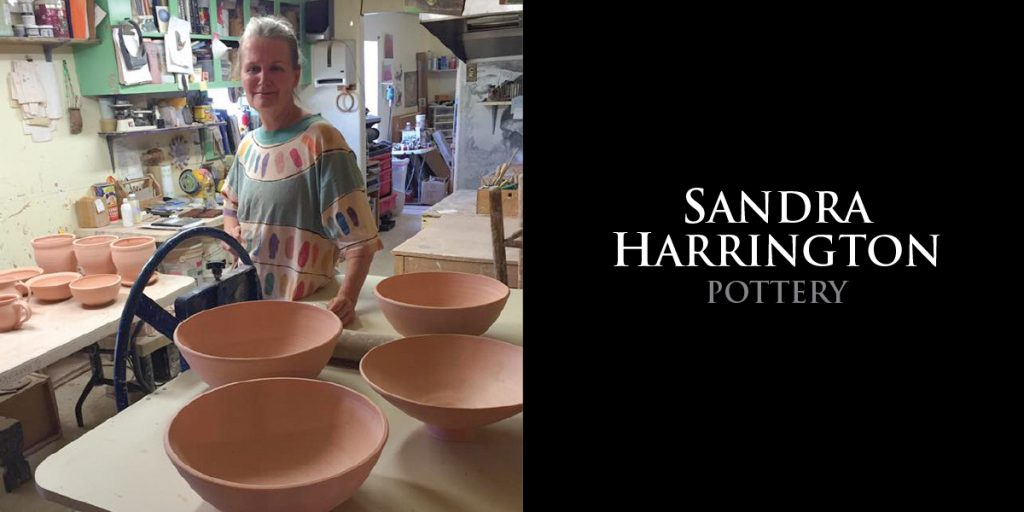 I love to work with clay because it is both pliable and strong. It is forgiving yet has a memory. It requires focus and is at the same time full of possibilities.
Working on the wheel helps me to process my experiences of the world around me without words and to be in touch with my intuition & senses.

Often I imagine a pot that I do not know exactly how to make.  My process of problem-solving its creation is experimental, spontaneous, messy, and quite satisfying.

And other times, my work is driven by functionality – bowls, cups, plates.  These are meditations really.

Oh the possibilities are endless and ideas are always turning and evolving.

In 1987 I walked into the ceramics department at the Ft. Bragg, NC, Community Arts Center and asked to learn pottery. Bill, the head of the department, sized me up and agreed to teach me the basics of throwing, trimming, and surface treatment. I learned basic form through repetition, an offshoot of traditional Japanese method.

A year later, I walked into the ceramics department at the University of North Carolina at Greensboro and asked about using the studio. Setsuya Kotani was willing to discuss this possibility, but suggested I take a course.  And I did. Students were given complete freedom to explore individual inclinations on kick-wheels and in a well-appointed glaze lab.  Kotani was interested in the interplay between one’s intuition, experience, & evolving skill. “It can’t all be accident.”

While living on the Big Island of Hawaii and working as a children’s counselor, I met Charlotte Margolis. In exchange for chores, Charlotte let me use her studio.  She taught me her “secrets” to pulling handles.  Having been a successful production potter in Portland, Oregon, Charlotte reflected the enduring influence of the Arts & Crafts Movement.

Finally, so much of what I have learned about making pots has simply come from countless hours on the wheel.

In 2005 or so, John Bradford and Chris Reed came from the east to build a kiln in Pot Creek.  Other than a workshop in raku firing, I had fired exclusively in my studio electric kiln, without collaboration with other potters.  My experiences firing in Anagama kilns at Pot Creek, then Talpa and Tres Piedres greatly influenced my approach to making pots and my appreciation of beauty.

With help from John Bradford and Rebecca May Verrill and Roderick Oknich, I built a wood burning kiln in 2009 on my land on the slopes of the Pina Bete foothills, outside the Village of Questa.

Wood kilns are intense. My little kiln takes about 2 cords of wood to fire over a 32-hour cycle of continuous stoking, until we reach temperatures of 2300-2400 degrees. Two potters could fill and fire this kiln but it’s not nearly as fun as 3 or 4! 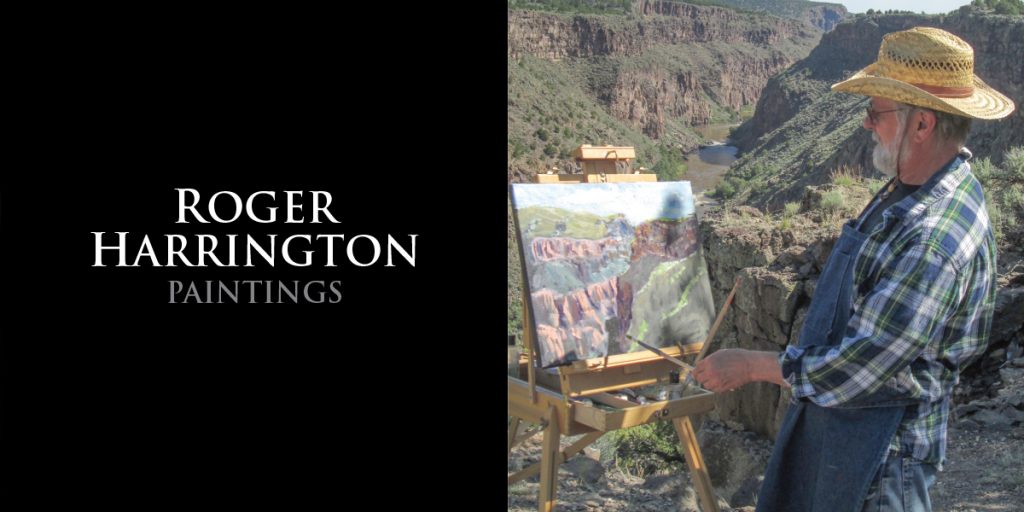 My acute sensitivity to nature is deeply rooted in my boyhood adventures across the rolling hills of the Chemung Valley, in upstate New York.

I was born in the Finger Lakes region and spent my early years in a 150 year old field stone house with no electricity or running water. The nearest neighbor was a mile away and it was a mile-and-a-half walk through wooded areas to the one room schoolhouse I attended until the age of 11.

After my family moved into the nearby city of Elmira, I began to draw and explore art. After high school, I enlisted in the Navy and served as a communications expert during the Vietnam War in Asmara, Ethiopia.  My travels to Spain, Italy, Greece, and the Caribbean, led me to explore art through museums and through my drawing of what I was observing and experiencing abroad.

When my tour in the Navy ended, I attended Elmira College on the GI Bill and earned my BS in Art Studio. I studied with, and became friends with, Alex Minewski, Joop Sanders and Gandy Brodie, all modern painters in New York.  My associations with this group of painters opened opportunities for mw to show his work in New York and to earn jury awards and the respect of my peers.

When I left New York in the 70s, I moved to the Blueridge Mountains of North Carolina where I showed extensively and co-founded a cooperative art gallery. In 1994 I moved with my wife to the Big Island of Hawaii.  We moved to Taos, NM in 2002 and opened our first gallery.  Finally, our journey landed us in Questa in 2009, where we opened Art Questa.

My work may be found in collections at Appalachian State University, NationsBank, Idaho State House of Representatives, and numerous private collectors.